The man who linked CO2 to climate change—in 1895

To occupy his mind as his marriage was falling apart, Svante Arrhenius spent months penciling out calculations, by hand, involving heat entering and leaving the atmosphere. They led him to conclude in 1895 that human activity was making the world warmer.

The prospect left him delighted.

"We may hope to enjoy ages with more equable and better climates, especially as regards the colder regions of the earth," he wrote later, "ages when the earth will bring forth much more abundant crops than at present, for the benefit of rapidly propagating mankind." 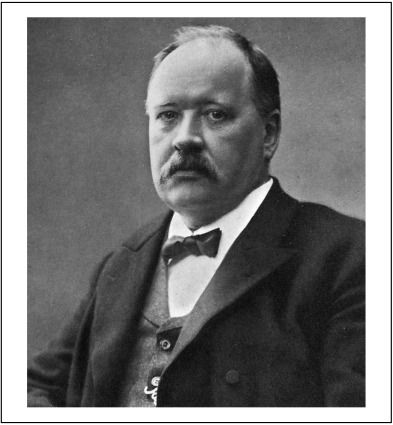 Arrhenius was Swedish. Apparently, he didn't care for the winters.

Also, he was addressing a widespread concern of the time. By the mid-1800s, scientists understood that the Earth had experienced ice ages in the relatively recent past. They worried that some natural mechanism might bring the glaciers creeping back, crunching the great cities of Europe into rubble.

They knew that the 1883 eruption of the Krakatoa volcano in what is now Indonesia, which loaded the atmosphere with ash, droplets of sulfuric acid, and water vapor, had profoundly influenced worldwide weather. In summer 1884, Northern Hemisphere temperatures averaged as much as 1.2 degrees Celsius (2.2°F) below normal. Weather patterns remained disrupted for half a decade.

Similarly, in 1816, the massive eruption of the Mount Tambora volcano, also in Indonesia, had led to the so-called Year without a Summer. Cooler temperatures and lack of sunlight devastated crops, causing widespread food shortages and even famine.

Arrhenius trained as a physicist, but he spent his career blurring the lines between physics and chemistry. He won the 1903 Nobel Prize in Chemistry and is considered one of the founders of the science of physical chemistry.

In 1895, he presented to the Stockholm Physical Society the results of his calculations in a paper titled "On the Influence of Carbonic Acid in the Air upon the Temperature of the Ground." (By "carbonic acid," he meant what we now call carbon dioxide.) The Philosophical Magazine and Journal of Science published the paper in April 1896.

Arrhenius theorized that if atmospheric CO2 levels doubled, the Earth's surface temperatures would rise by 5°C to 6°C. Scientists now think 2°C to 3°C is more likely. Still, not bad for pencil, paper, and the amount of data available in 1895.

His 1908 book Worlds in the Making: The Evolution of the Universe presented a revised estimate that doubling atmospheric CO2 would cause surface temperatures to increase by 4°C (7.2°F).

That book is the source of the above quote about "more equable and better climates." Despite its optimistic take on the effects of climate change, it reveals that scientists of more than a century ago possessed a considerably more comprehensive and nuanced understanding of the forces at play in the universe than most of us today would credit them with.

Arrhenius and his first wife divorced in 1896 after 2 and a half years of marriage. He remarried in 1905. His Nobel Prize biography describes him as "a contented man, happy in his work and in his family life." He died in Stockholm in 1927, age 68.

Curing the economic devastation caused by the COVID-19 pandemic should preserve 1 beneficial side effect of the downturn: a historic decrease in carbon emissions.

Whaling is dying out; that's great for carbon storage | Cloverly

A small but positive change seems to be taking place in the world's largest carbon sink—the oceans. Whale hunting may be fading into history. Just 3 nations still hunt whales:...