Renewables catch up to coal in electricity generation

Electricity generation from renewable sources topped generation from coal in April—for the first time ever—and will do so again in May, according to projections from the US Energy Information Administration.

Final figures aren't yet in for April (or, obviously, May). But the EIA's forecasts showed renewables generating 2,322 megawatt-hours per day in April and 2,271 in May, compared with 1,997 in April and 2,239 in May for coal.

Coal plants often go offline for maintenance and upgrades in spring, when demand is lower. So coal will likely regain its lead over renewables this summer.

However, the EIA expects renewables (wind, solar, hydro, biomass, and geothermal) to nose ahead again in spring 2020. And long-term trends certainly favor renewables. 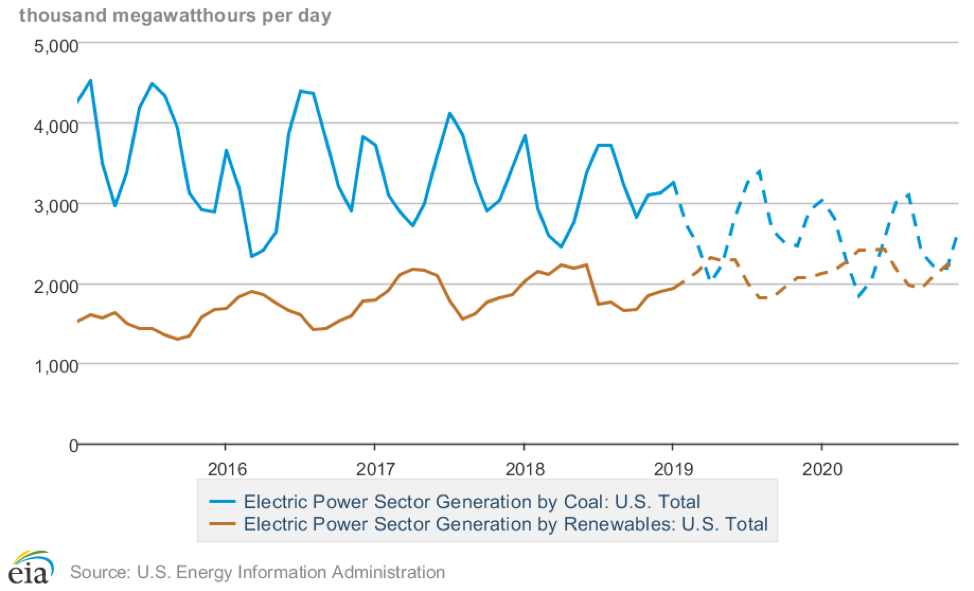 The EIA forecasts that US energy-related carbon dioxide emissions will decline by 1.6% in 2019 and 1.0% in 2020. Partly, the agency says, that's because "the share of electricity generated from natural gas and renewables is forecast to increase while the share generated from coal, which produces more CO2 emissions, is forecast to decrease."

Wooden towers for today's skyscraping wind turbines might sound like a rickety anachronism, but they're actually a cutting-edge technology that promises to make wind energy...

This guest post was written exclusively for Cloverly by environmental and sustainability consultant Hope McCoy.   Today's generations have an increasing concern for the...

"In most parts of the world today, renewables are the lowest-cost source of new power generation." So begins a just-released report from the International Renewable Energy...