Pictures at an exhibition, right outside our office door

We at Cloverly World Headquarters are looking forward to hanging out with some excellent art for the next month or so.

Artworks have filled the corridors and side rooms outside our offices for the past several days. An exhibit called Room Service, featuring Alabama artists, officially opens tonight (Friday, June 14, 6-9 p.m.). Or the exhibit's name may be Showdown. Or it may be both. (Artists like to inhabit multiple realities.) 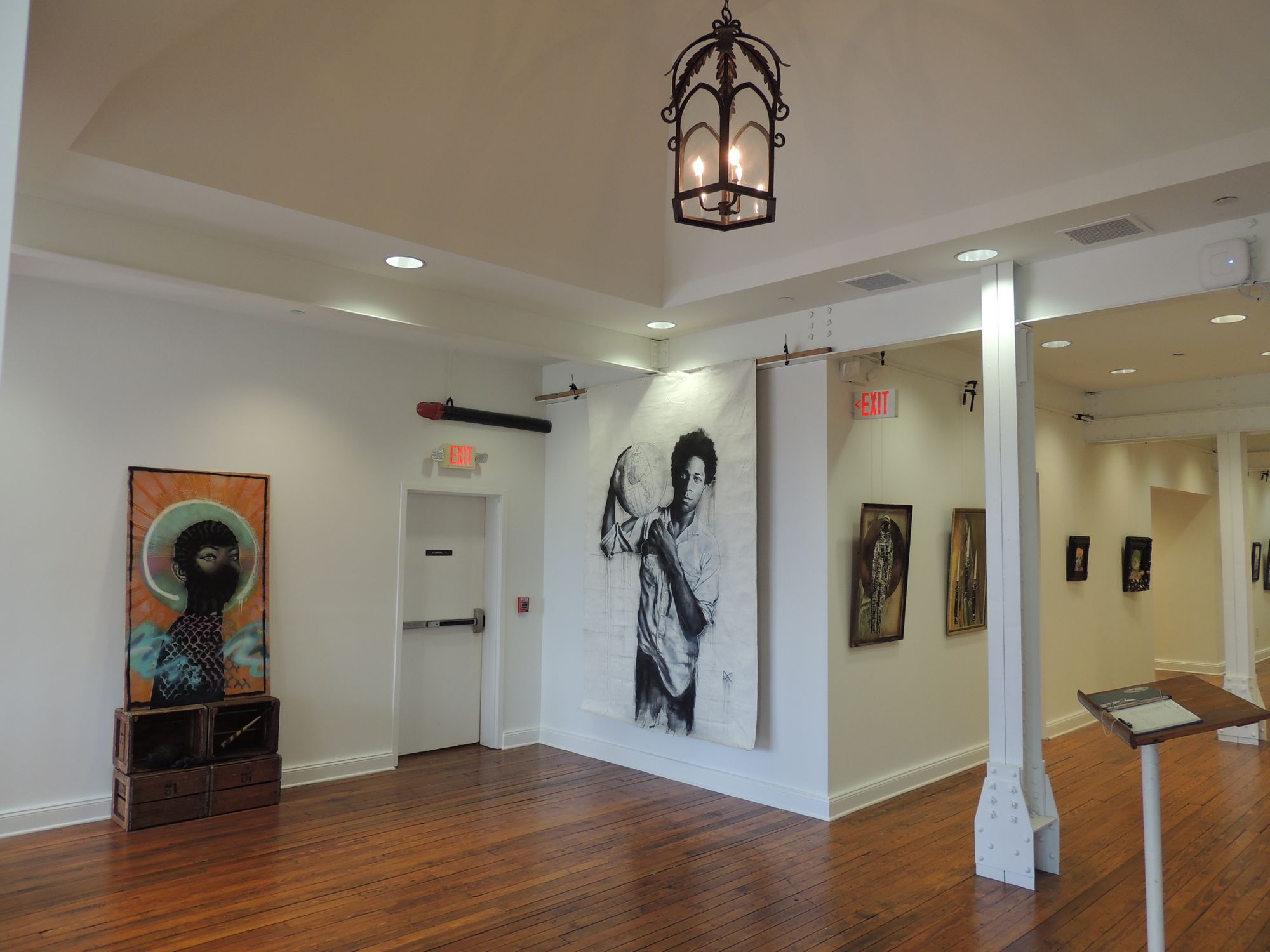 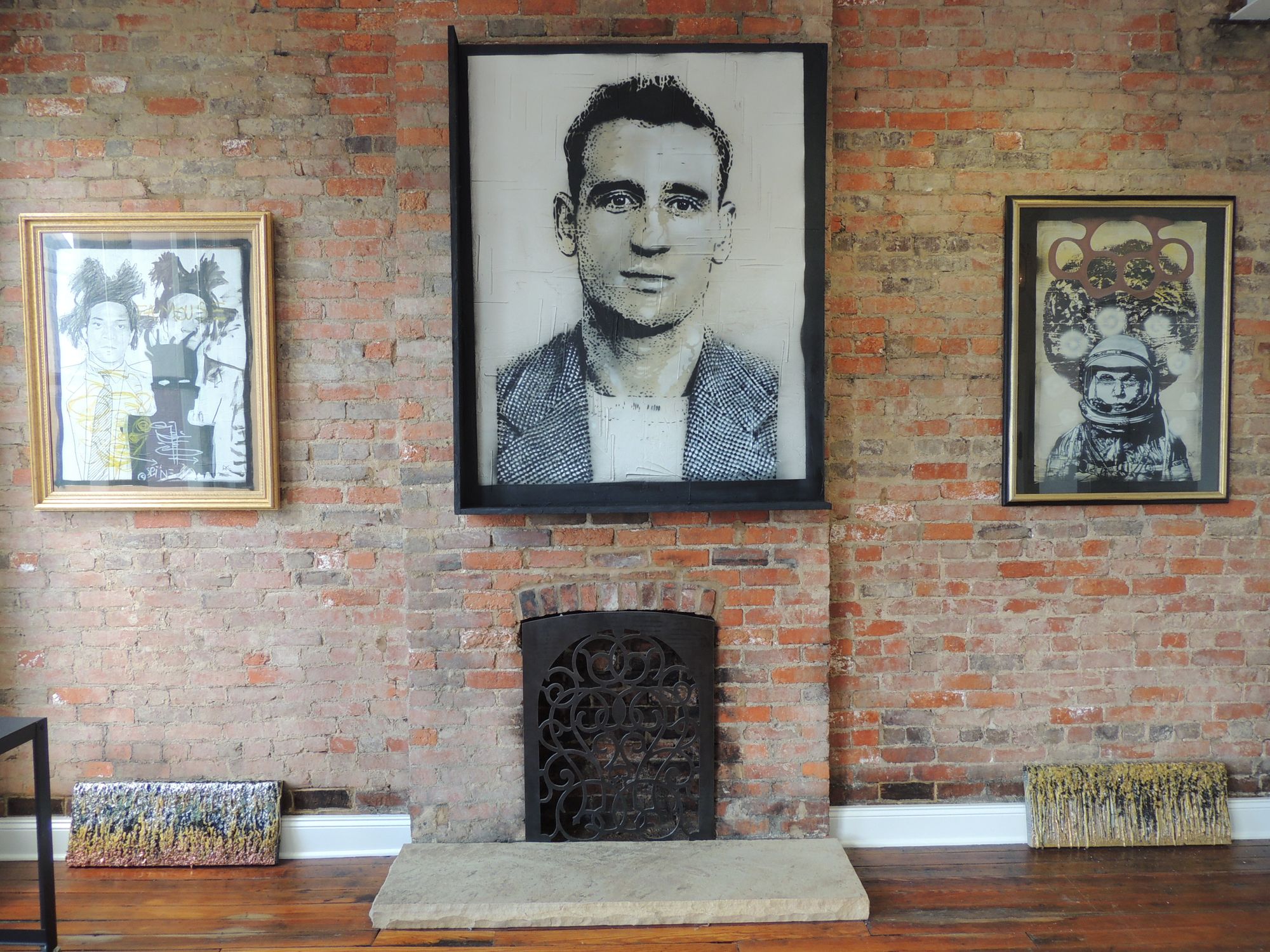 Big Communications, the marketing, advertising, and public relations agency that owns our building here in the heart of downtown Birmingham, put the show together. "John Montgomery, our founder, is very connected with the art scene, not just in Birmingham but in Alabama and beyond," said Luke Williams, operations manager at Big. 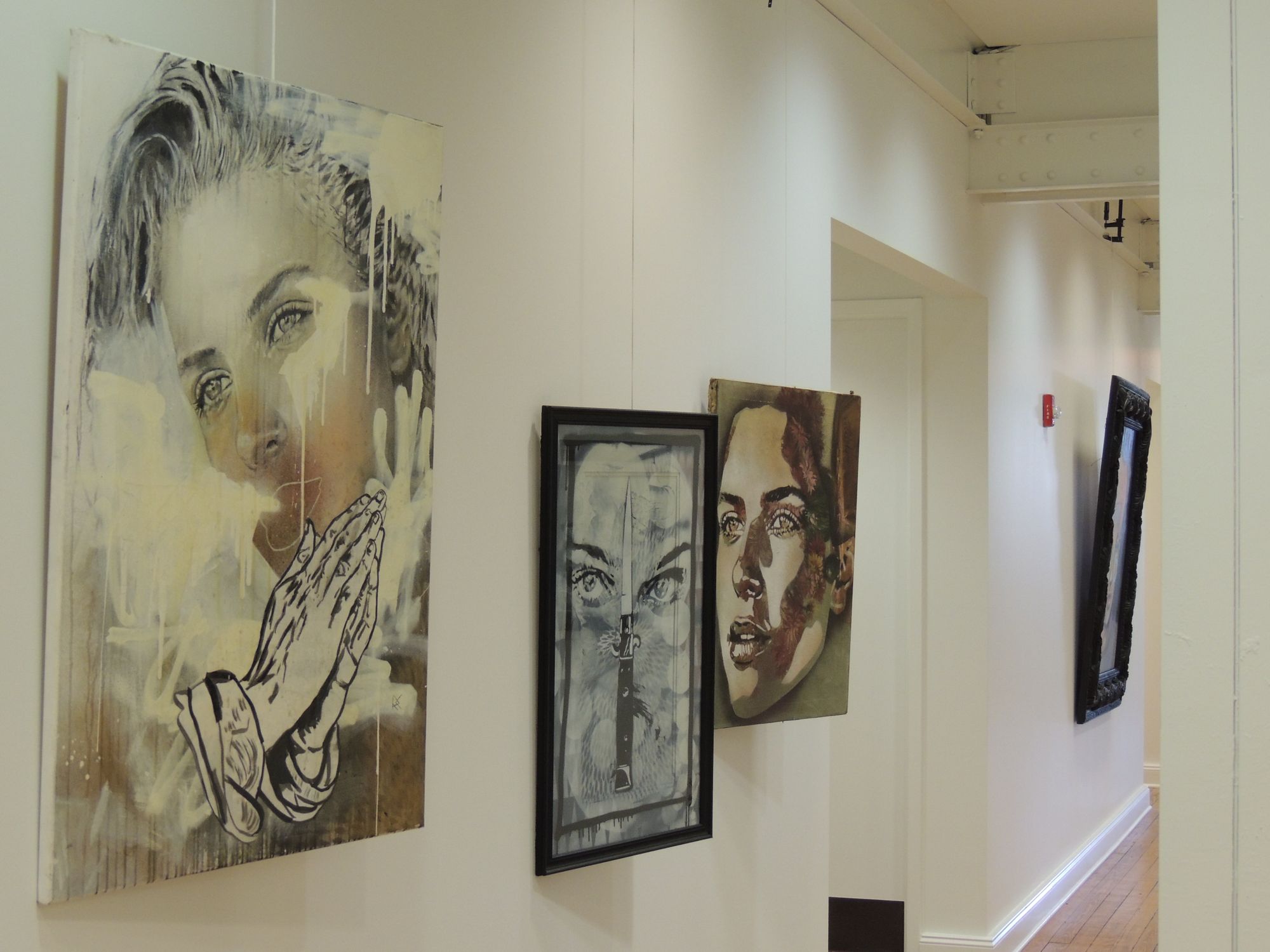 Although Big has regional and national clients, it especially likes to promote its hometown and home state. "Being able to do things like this show helps us say that we have some really amazing things right here in Alabama that people can enjoy," Williams said. 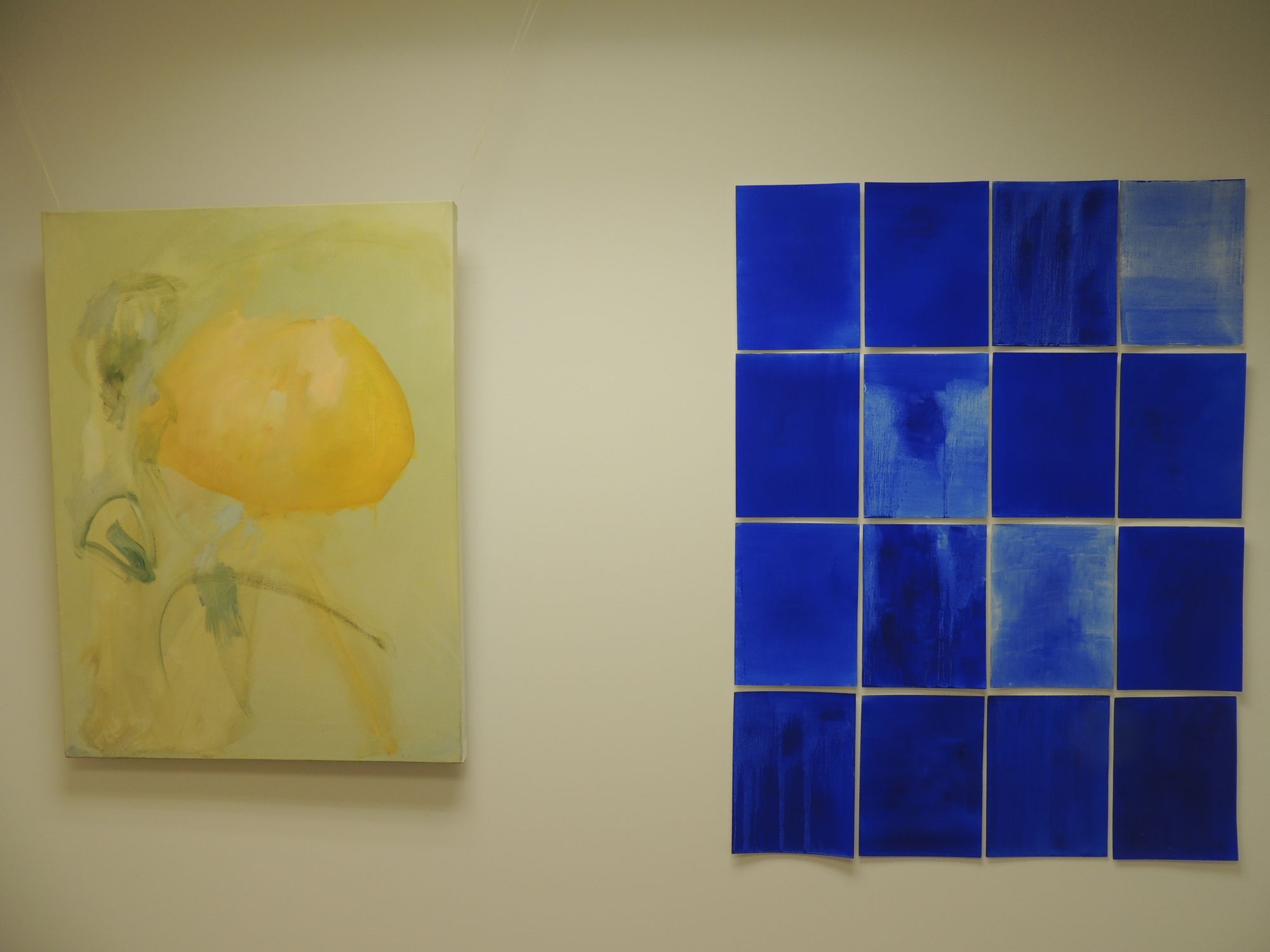 Cloverly works out of the fourth floor (or, as we like to call it, the penthouse) of the Big building, which was built in 1924. The high ceilings, original wood floors, and stretches of exposed brick walls make it an excellent art gallery as well as an office space. 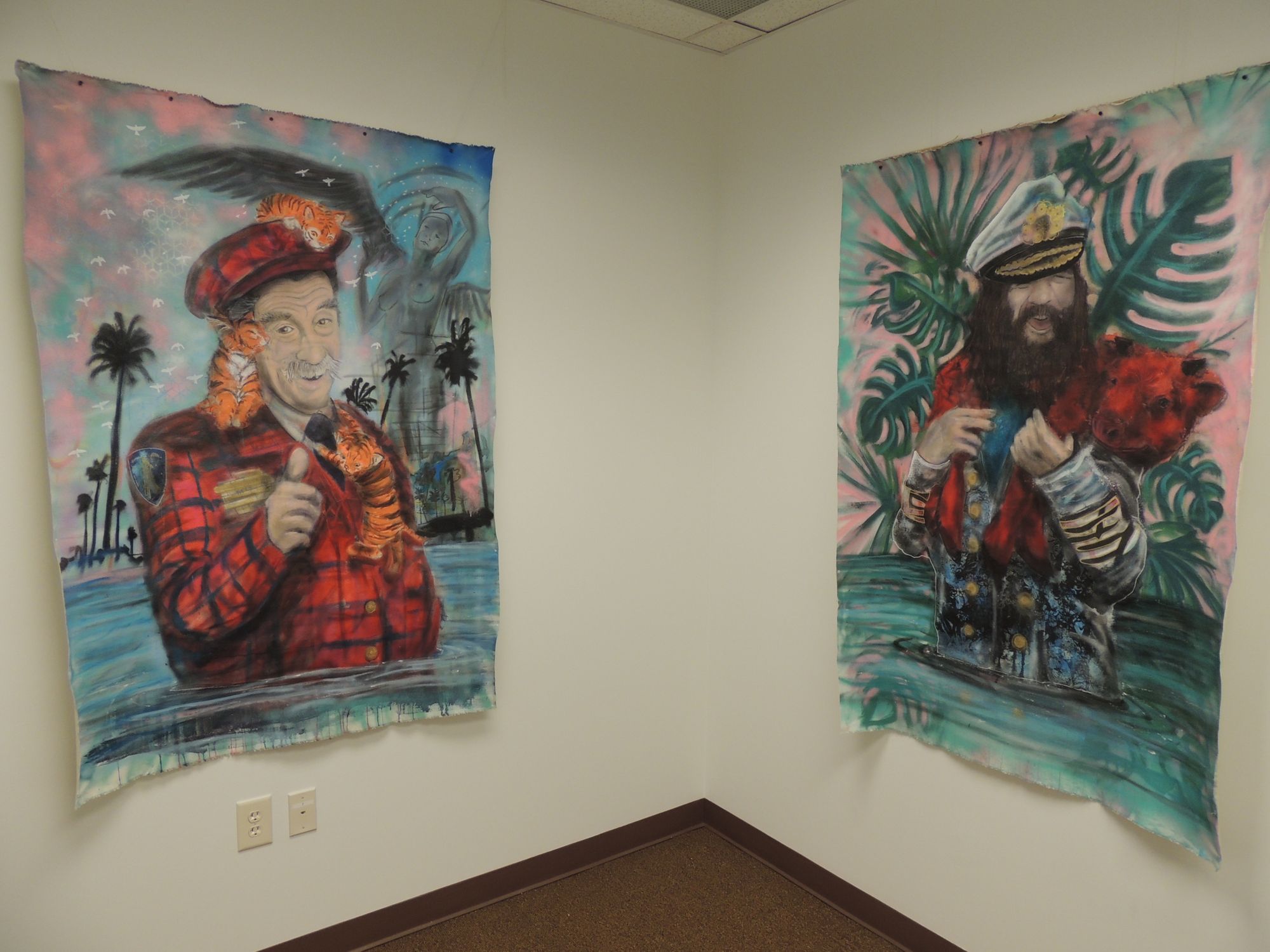 Rumor has it, Williams said, that the building once housed a snake oil distributor. Snake oil probably came to the United States in the 19th century as a traditional Chinese medicine brought by Chinese workers on the Transcontinental Railroad. Purveyors of unregulated patent medicines produced their own versions—usually mineral oil laced with camphor, capsaicin, turpentine, and other substances of dubious medical value. 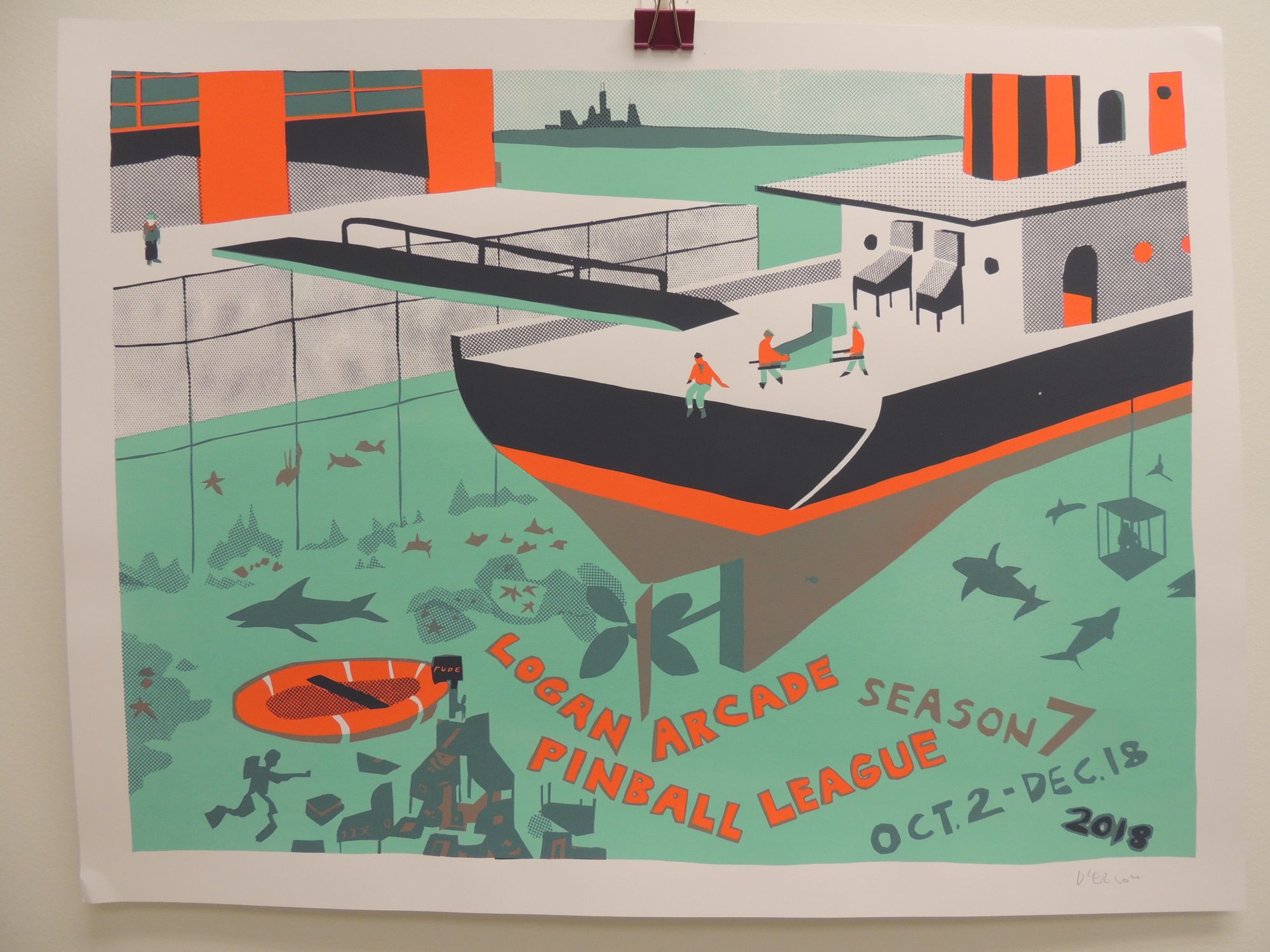 Snake oil peddlers traveled from town to town, selling their miracle cure and then moving on quickly so they wouldn't have to back up their extravagant claims. Hence their enduring reputation for flimflam, even though federal laws and regulations put them out of business by the mid-20th century. 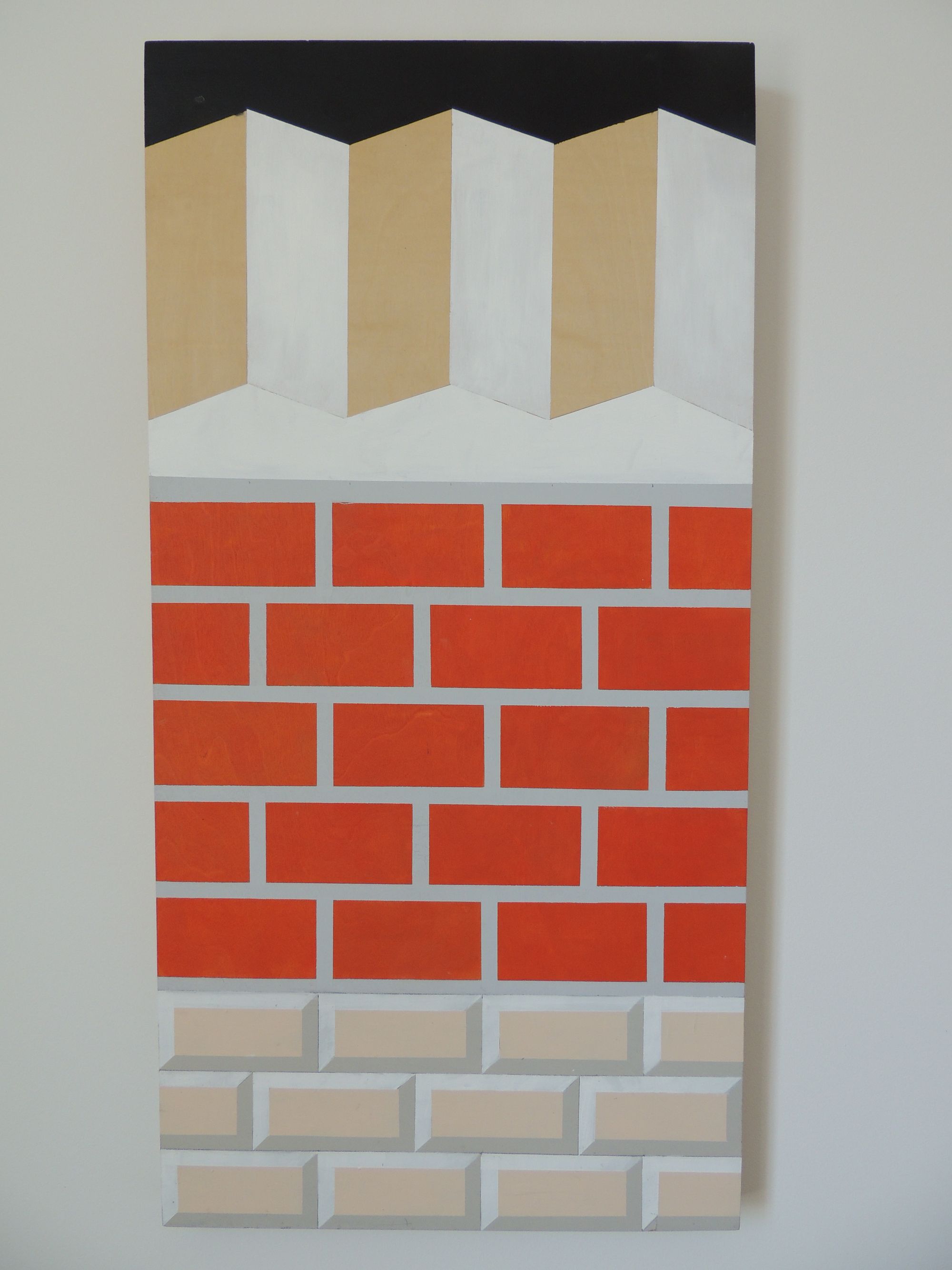 The art show will be up till mid-July. Come check it out and visit us at Cloverly. We agree with Big that Birmingham is a city on the rise. We'll show you some of our favorite places in town.

And have you heard about our Our Sustainability as a Service platform that makes RECs and carbon offsets available for everyday activities like ecommerce deliveries, ridesharing, and much more?

Hey, Cloverly customers, wouldn’t it be cool to see just how much of a positive impact you’ve made on the world’s carbon footprint?