It sounds crazy. Or magical. An article published this week in the journal Nature describes "a continuous energy-harvesting strategy" that generates electricity from the natural humidity in the air—anywhere, even indoors or in a desert.

"We are literally making electricity out of thin air," said Jun Yao, an electrical engineer at the University of Massachusetts Amherst, quoted in a university news release. "The Air-gen generates clean energy 24/7."

Said his colleague and collaborator Derek Lovley: "It's the most amazing and exciting application of protein nanowires yet." 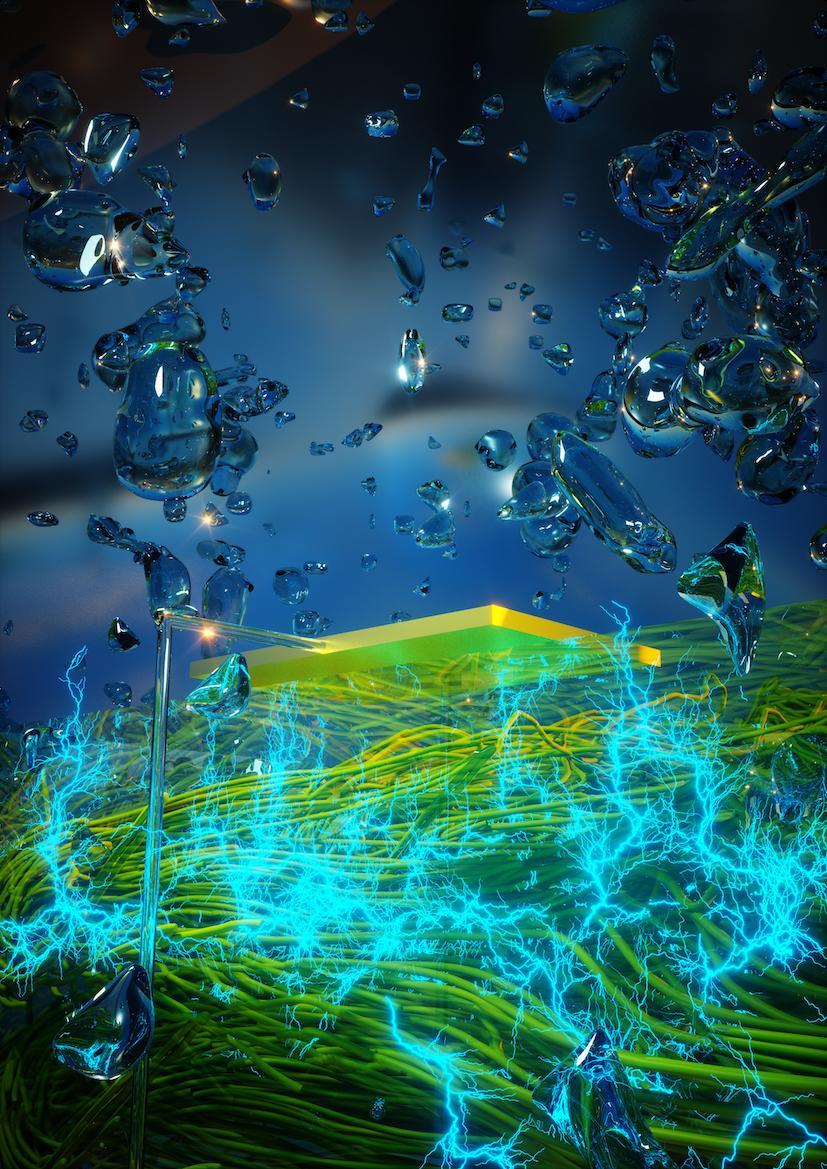 This new technology uses a strange microbe called Geobacter that grows tiny wires, made of protein, that conduct electricity. Lovley discovered it in the mud of the Potomac River more than 30 years ago.

The device, which Yao and Lovley call Air-gen (for "air-powered generator"), uses a thin film of protein nanowires—less than 10 microns thick. When the film absorbs water vapor from the air, it generates an electrical current between two electrodes.

So far, Lovley and Yao have built Air-gens able to power small electronic devices. They're working on a Air-gen patch that could run electronic wearables, such as fitness monitors and smart watches—or even a cell phone.

"The ultimate goal is to make large-scale systems," Yao said. "For example, the technology might be incorporated into wall paint that could help power your home. Or we might develop stand-alone air-powered generators that supply electricity off the grid.

"Once we get to an industrial scale for wire production, I fully expect that we can make large systems that will make a major contribution to sustainable energy production."

Yao's lab is working on other applications for the protein nanowires. "This," Yao said, "is just the beginning of a new era of protein-based electronic devices."

View All News
Does wind + solar + batteries = the future for US electricity? | Cloverly

Oh, give me a home full of carbon in loam | Cloverly

So here's an idea for increasing carbon sequestration: Turn vast swaths of the Great Plains into a nature preserve so that native prairie grasses could thrive. Before you roll...

Can increased use of solar energy foster pollination of food crops, help restore degraded soil, and conserve water? Yes, according to an international study published this week...