Joshua trees may not survive another 50 years of climate change

The Joshua tree, native only to the high desert of the American southwest, may not survive another 50 years if the climate keeps changing at its current rate, according to a study led by scientists from the University of California, Riverside.

As a species, the Joshua tree has existed for 2.5 million years. The "tree" (Yucca brevifolia) is actually a giant succulent in the agave family. It can grow more than 40 feet tall and can live hundreds of years. Its twisty branches end in tufts of spiky evergreen leaves that resemble large needles. 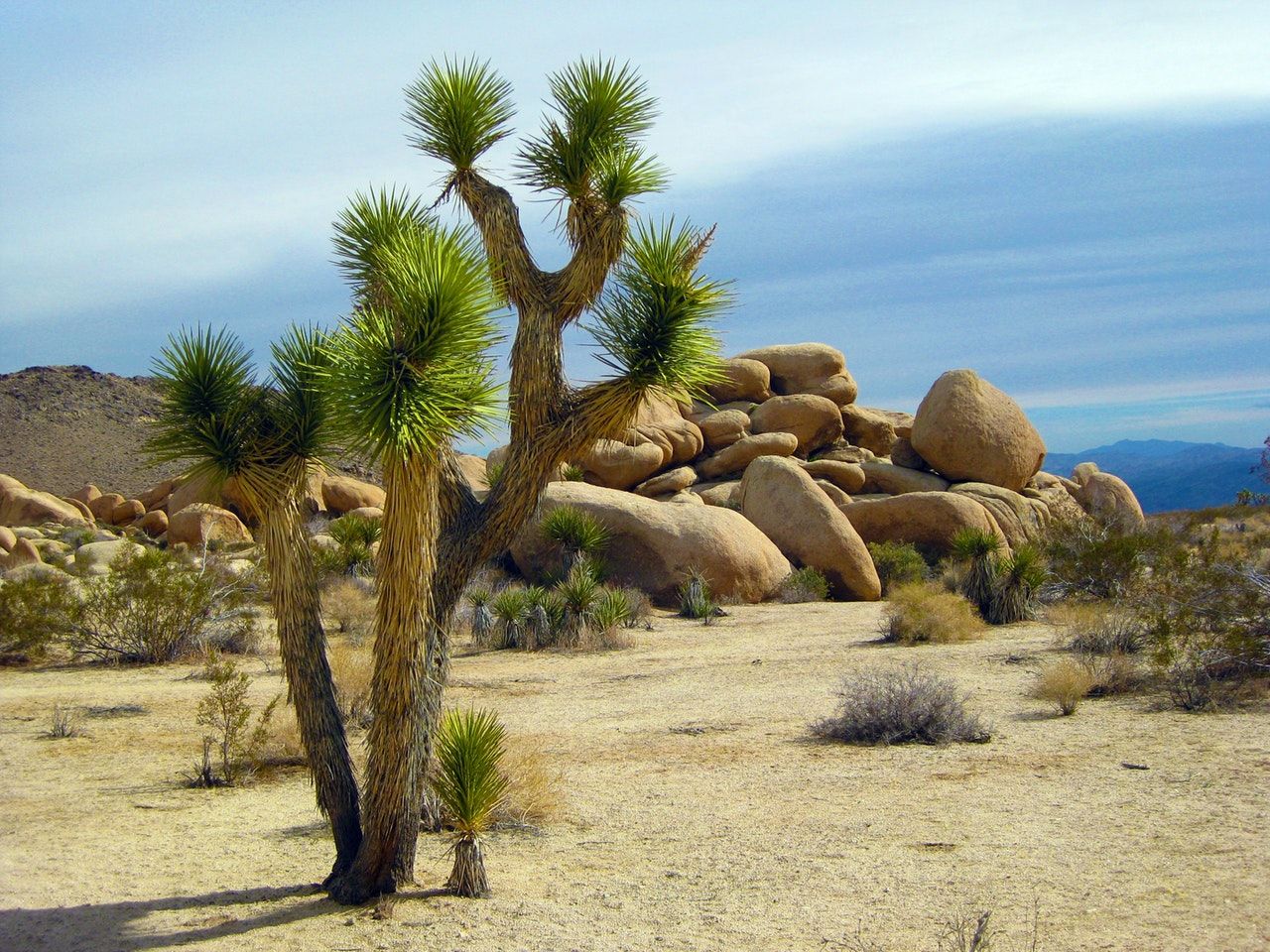 Supposedly, Mormon settlers crossing the Mojave Desert in the mid-19th century gave the plant its popular name. Its outstretched branches seemed to beckon them through the wilderness, just as the biblical Joshua had led the Israelites to the promised land after the death of Moses. Or perhaps it reminded them of Joshua holding out a spear during the conquest of the city of Ai. Or maybe it wasn't the Mormons who did the naming. You can read much, much more about the possible origin of the name here.

Earlier studies had predicted that the warming climate would greatly reduce the tree's range. The new team wanted to update that research, refining the analysis by using twice as many variables, including soil moisture, soil types, and rainfall statistics. It used volunteers to gather data on more than 4,000 specific trees, according to a UC Riverside news release. The findings appeared in the June issue of Ecosphere.

The researchers tried three climate change models. One assumed a major reduction of carbon emissions into the atmosphere, one a moderate reduction, and one no reduction at all.

Carbon in the atmosphere traps heat radiating from the earth, causing global temperatures to rise. The researchers found that the trees have been migrating to higher elevations in the park that have cooler weather and more moisture in the ground. In hotter, drier areas, reproduction and survival rates were lower.

Under the major-reduction carbon-emissions scenario, suitable Joshua tree habitat in the vicinity of the park would drop to 18.6% of its current range by 2070. With moderate reduction in carbon emissions, habitat would be 13.9% of the current range.

And if we keep emitting carbon at the current rate, the study found, the trees would retain just 0.02% of their current range by 2070.

"The fate of these unusual, amazing trees is in all of our hands," said Lynn Sweet, a UC Riverside plant ecologist who led the research. "Their numbers will decline, but how much depends on us."

Climate scientists, says a climate scientist, must veer away from their "track record of mistaken conservatism." Instead, he says, they should sound the alarm about how...

Follow Cloverly's adventures at the IATA hackathon in Germany | Cloverly

We are super excited to have a Cloverly team headed to the IATA Airline Industry Retailing Hackathon this week in Frankfurt, Germany. Dave Folk, Nate Schmidt, and Chris Winslett...