If only we could all drive hydrogen fuel cell cars, right? Electric vehicles have improved greatly, but hydrogen cars could match gasoline or diesel vehicles in range and quick-fueling ability. Best of all, they emit nothing except water vapor and warm air.

Well, there's a problem. Several problems, actually, but technological advances could fix most of the issues within a few years. The big problem, though, is built-in inefficiency compared to electric cars.

Hydrogen fuel cell cars actually are electric cars; they power their electric motors with energy from a fuel cell instead of a battery. A fuel cell mixes hydrogen (from a tank in the vehicle) with oxygen from the air. The resulting reaction produces electrical energy, plus water and heat.

Several manufacturers are experimenting with hydrogen fuel cell vehicles. Toyota introduced the hydrogen-powered Mirai in 2014 and plans a next-generation version later this year. (The photo at the top of this post shows a Toyota hydrogen concept vehicle on display in Tokyo.)

However, Tom Baxter, a senior lecturer in chemical engineering at the University of Aberdeen in Scotland, explains in an article at The Conversation why he thinks hydrogen cars are "a flawed concept."

Here, he says, are the steps required for a clean-energy hydrogen fuel cell vehicle:

Altogether, only about 38% of the original electricity gets used to power the vehicle. Baxter provided this chart showing the "energy vector transition," starting with a theoretical 100 watts of clean, renewable energy: 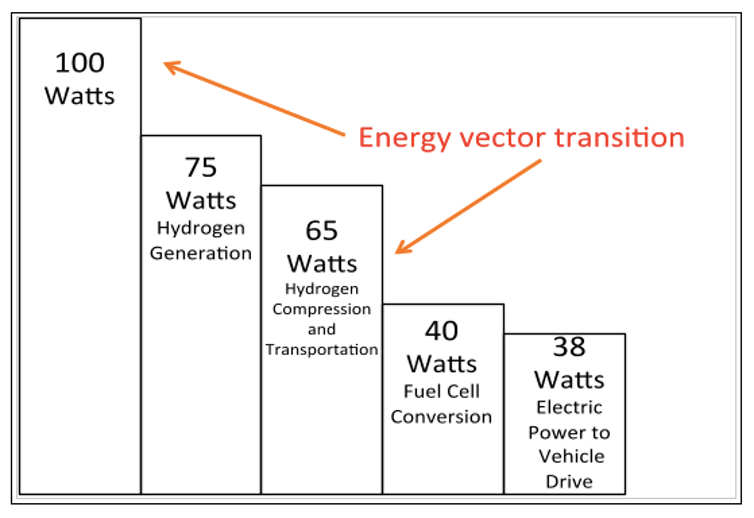 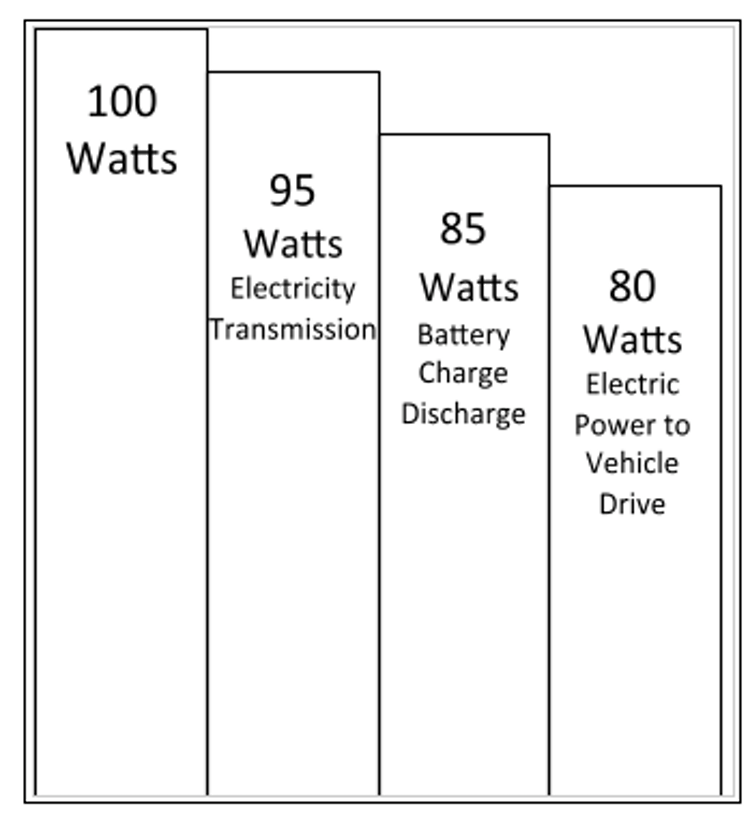 "I struggle to see how hydrogen can compete with electric vehicles," Baxter said.

Cloverly provides an easy way for ecommerce consumers to purchase carbon offsets and achieve carbon-neutral shipping for their orders, at no cost to the store owner. For details, visit cloverly.com/how-it-works. Shopify store owners can get our Shopify shipping app by clicking here. If you have a Magento store, click here.

Electric vehicles are coming faster than you may think | Cloverly

Bring back the airship to reduce carbon emissions from oceangoing cargo ships and help establish a sustainable hydrogen-based economy. That's the suggestion of a new study by an...