Climate change blues: Yes, we have no bananas?

Climate change giveth, and climate change taketh away. It has given banana growers increased crop yields since 1961, according to a new study. But the study projects that continuing change will decrease yields by 2050 in some of the countries that produce the most bananas.

Banana growers really don't want to hear that right now. The Cavendish banana, the dominant export variety and the only one that US supermarket shoppers ever see, faces several other perils, including insect infestations and declining soil fertility, that collectively threaten to wipe it out.

Most serious are two fungal infections, one of them not treatable with fungicides. Alarmists predict that the Cavendish will disappear. That probably overstates the danger, but banana supplies likely will shrink, possibly dramatically.

It has happened before. From 1870 until the middle of the 20th century, virtually the only banana that appeared in US fruit markets and grocery stores was the Gros Michel ("Big Mike"). That started changing in the 1950s, when a fungal disease called Fusarium wilt attacked the world's banana plantations. 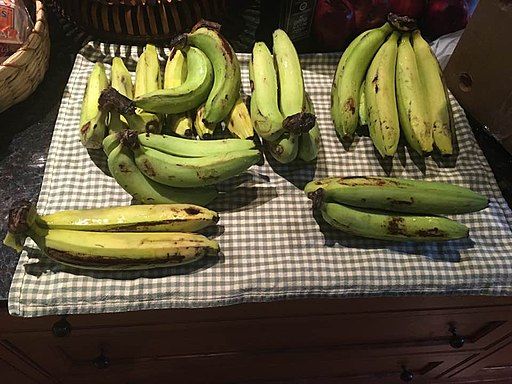 Then, as now, virtually all commercial growers planted a single, seedless variety. The lack of seeds meant that the Gros Michel had to be propagated asexually, so all plants were genetically identical. (The same is true of the Cavendish.)

By the early 1960s, commercial growers, especially in Central America, switched to the less-tasty but Fusarium-resistant Cavendish. (The Gros Michel remains popular in some Asian markets.)

Now, a different strain of the Fusarium fungus has ravaged Cavendish plantations in the Eastern Hemisphere. It appeared in Taiwan in the early 1990s, spread to Southeast Asia and Australia, then jumped to the Middle East and Africa in 2013.

As of August, it has now been found in South America, despite rigorous efforts to keep it out of the Western Hemisphere. Latin America is the center of the global banana export industry.

Researchers are exploring ways to fight the infestation. Thousands of other banana varieties exist worldwide, many of them reportedly much more flavorful than the Cavendish and some of them resistant to Fusarium. We never see them because they have seeds, thin skins, or other characteristics that make them less suitable for mass shipping and sale worldwide.

Scientists at the Honduran Foundation for Agricultural Research have developed some promising varieties that fight the Fusarium fungus, but 1990s test marketing in Canada left consumers unimpressed.

For a fascinating in-depth look at the banana crisis, click here. It seems safe to predict that a) bananas will continue to exist, but b) they'll likely become scarcer and more expensive, at least in the short term.

While shoppers may be inconvenienced, banana growers and countries that rely economically on banana exports may be devastated financially.

"We're very concerned about the impact of diseases like Fusarium wilt on bananas, but the impacts of climate change have been largely ignored," said Dan Bebber, a senior lecturer in biosciences at the University of Exeter in England and an author of the study.

"There will be winners and losers in coming years, and our study may stimulate vulnerable countries to prepare through investment in technologies like irrigation."

Dr. Bebber was quoted in a university news release.

The study found that so far, climate change has helped banana growers. It says 27 countries accounting for 86% of the world's commercial banana production have on average seen increased yields since 1961 because the climate has changed in ways favorable to growing bananas.

Unfortunately for banana lovers, climate change isn't stopping there. By 2050, the study predicts, 10 major banana countries will see significant reductions in banana yields. They include India, the world's largest banana producer and consumer, and Brazil, the fourth-largest producer, as well as such other big exporters as Colombia, Costa Rica, Guatemala, and Panama.

On the other hand, future climate change may actually improve yields in Ecuador (the largest exporter), Honduras, and several African countries.

"An open exchange of ideas is going to be critical going forward," said Varun Varma, a research fellow at the university and the study's other author. "We believe practical solutions already exist, but these are scattered across banana-producing countries. This knowledge exchange needs to start now to counteract predicted yield losses due to climate change."

View All News
5 Easy Ways To Act Sustainably And Get A Bonus Besides! | Cloverly

Little things add up, in fighting climate change as in everything else. Here are 5 easy ways to advance sustainability that also give you a bonus benefit.